One of the victims had just sent her family in Ilocos Norte money for food hours before her death, her sister says 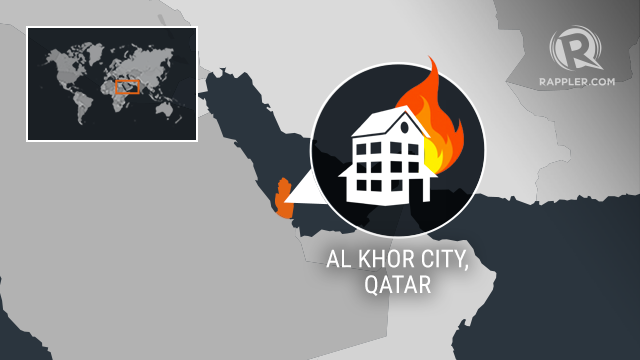 DUBAI, United Arab Emirates – During the early hours of Monday, March 30, 4 migrant domestic workers died in a house fire in Al Khor City, Qatar. Three of the women were Filipinas and the other Sri Lankan.

The victims shared a bedroom on the third floor of a large house along with two other domestic workers. A suspected electrical fire broke out on a lower floor, and while the two others managed to escape, the other 4 became too frightened to leave, according to people familiar with the incident.

The family that employed the workers all escaped the blaze.

One of the Filipinas, Maricris Manzano, would have celebrated her 32nd birthday next month, according to her sister Andrea. Maricris had been working in Qatar for 4 years, sending money to her family in Batac, Ilocos Norte in the Philippines, with the dream of building her parents a new house. She had a long-term boyfriend and was hoping to move back home soon so they could start a family together.

With the Philippines on lockdown because of the coronavirus pandemic, Maricris was the only member of her family who still had an income, and her remittances were their only means to buy rice, her sister Andrea said. She had just sent them $80 a few hours before she died.

The family then sent Maricris a picture of the food they had bought with the money, but they received no response from her. A few hours later, one of her colleagues messaged Andrea to say that she had died.

“She was the one who was helping my family,” said Andrea. “We don’t have jobs because of lockdown…in her very last days she was thinking of us.”

The other two Filipinas were a 38-year-old from Cabanatuan City, and a 28-year-old mother of one from Negros Occidental.

The incident has not been reported by the Qatari media.

The Philippine Embassy in Doha did not respond to a request for an official comment. However, a person with knowledge of the situation said that the tragedy has been reported to the embassy and the matter is being attended to appropriately. – Rappler.com